Vancouver, BC – The Park did not see any action yesterday as the rain continued throughout the day. The Davis Trading ITF and 3.5 Star singles matches were played indoors at UBC Tennis Centre, and a handful of NTRP matches were played at Vancouver International Tennis Academy. Thank you to both clubs for accommodating the LWSPO matches! The Selection Series events, junior doubles and the remainder of the NTRP matches had to be rescheduled. 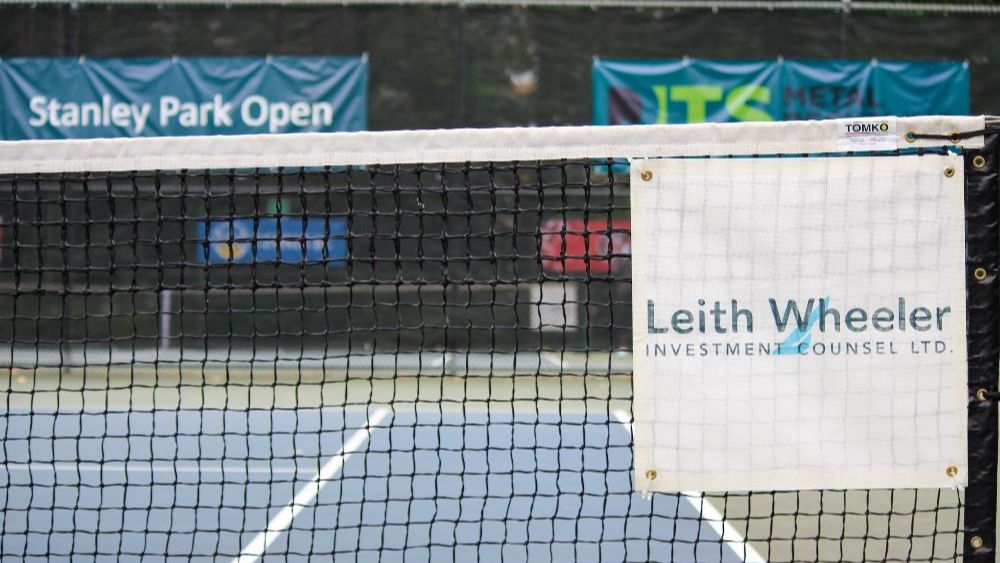 We are looking forward to a brighter day today! There will be plenty of fantastic action throughout the day. Starting at 10 AM, the Davis Trading Junior ITF singles quarterfinals will be taking place. The final 8 boys and girls will be competing for a spot in Friday’s singles semifinals. First up on Court 3, BC’s Luka Vukovic will be taking on Cash Hanzlik (USA). Hanzlik took out the No. 2 seed yesterday. No. 3 seed from BC, Sasha Vagramov, will be taking on fellow Canadian Marina Stakusic second rotation after 10AM. Following the singles matches, the ITF will have two rounds of doubles (quarterfinals and semifinals) as no doubles was played yesterday.

The semifinals of the boys and girls U12 and U14 Selection Series, and U16 3.5 Star are taking place today starting at 10 AM. These matches will feature some of the best young junior players in BC aiming to qualify for the junior Provincials, which begin after the LWSPO.

In NTRP action starting at 5 PM, we’ve got a full line up of singles and doubles from all Group 1 categories. The Stanley Park Brewing Beer Garden opens at 4 PM. Beer is only $5.00 throughout the evening. Come on down to the Park tonight and catch the quarterfinals and semifinals of the NTRP. Parent / Child Event at LWSPO
The Parent/Child Event is back at the LWSPO for the third year in a row! Team up with your mom, dad, daughter or son for a fun, family event at the Park! There are many categories to choose from depending on who you play with, including U12 and 13+ categories. Registration closes on July 13th at 11:59 PM. Learn more
Tags:community/high performance/itf/juniors/leith wheeler/Leith Wheeler Stanley Park Open/lwspo/ntrp/open/stanley park/stanley park open/summer/summer series/tennis/tennis bc/tournament/vancouver
Previous Article
LWSPO Update July 10 (2 PM): All matches at the Park are Cancelled
Next Article
LWSPO Update: July 12
related articles
Jul 12, 2019 LWSPO Update: July 12
Jul 07, 2019 Day 2 LWSPO Update: Saturday, July 6
Jul 07, 2019 Day 3 LWSPO Update: Sunday, July 7
Advertisement
Advertisement